What are Kegel Exercises?

It will take practice to learn how to control your pelvic floor muscles. You should exercise often enough to make it a habit. Pelvic floor muscle support usually gets better about six weeks after starting the exercises.

When women perform Kegel exercises correctly, they will feel a slight pulling in the rectum and vagina—a similar feeling to winking or puckering your lips. Men will feel a pulling of the anus and the penis will move. You can learn to control these muscles and make them stronger. For exact guidelines on how to perform Kegel Exercises, visit UrologyHealth.org/Kegels.

Strengthening your pelvic floor is one step you can take to control your bladder. But exercises may not be enough. You should tell your health care provider if you have urine urgency or if you are leaking urine. They can offer other treatment options that may provide further relief.

Is it Possible for a Man to Break his Penis?

Yes. It is possible for a man to “break” his penis, but not in the same way as you would otherwise break a bone, such as your wrist, since a penis does not contain any bones. However, there is a “break” that can take place in a man’s erect penis that may feel similar to a fracture. It can cause extreme pain.

Typically, with a penile fracture a loud cracking sound can be heard (but not always), and the man will lose his erection right away.

There are three tubes inside the penis. One is called the urethra. It’s hollow and carries urine from the bladder through the penis to the outside. The other two tubes are called the corpora cavernosa. These are soft, spongy tubes that fill with blood to make the penis stiff during an erection.

If at some point during an erection, a man sustains a level of unnatural force to the penis, with much more energy than the normal force associated with sexual activity, a break or fracture may occur.

For example, this type of “pressure overload” to the penis could occur during sexual intercourse if the man were to slip and make contact with his partner’s perineum. The perineum is the area between the anus and the scrotum or vulva. It could also be caused by a slip or fall while a man has an erection.

Seek immediate medical attention if it is suspected you have “broken” your penis. This is because surgery may be needed to repair the tissue in the penis, and as time ticks on, scarring can form in the tissue. This may increase the possibility of complications from the injury.

Dr. Tobias Köhler is a urologist at Mayo Clinic in Rochester, Minn., with specialty interest and fellowship training in men’s health (andrology).

What is Immunotherapyfor bladder cancer?

Our immune system helps us to fight things in our body that do not belong there. In many cases, it is a response to an infection (bacteria and viruses). The finding that changed how we treat cancer is that we’ve learned much like the immune system fights an infection, it can effectively fight cancer. But sometimes our immune system cannot “see” or recognize cancer cells as foreign matter because the cancer is hiding.

Immunotherapies work to stimulate our immune system to find the cancer cells, even those that are hiding. For example, Bacillus Calmette-Guérin (BCG) immunotherapy has been around for more than 40 years. It is used to fight bladder cancer and is a drug which the doctor puts straight into the bladder using a small tube or catheter.

BCG decreases the chance of cancers that have not invaded the muscle of the bladder from returning. While BCG is localized, another form of systemic therapy is immune checkpoint inhibitors that release the break on the immune system. Immune checkpoint inhibitors are delivered through your vein in what is known as an infusion. These drugs are often used for cancers that have spread outside of the bladder or cancers that return after chemotherapy.

Immunotherapy may be a good choice for you whether you had surgery to remove cancer from your bladder, or had the whole bladder removed. It may also be a good option if you have had chemotherapy, but your cancer came back or spread.

Your doctor can give you more facts about these drugs including their role in your cancer care. Clinical trials are now open across the country to identify the best use of immunotherapy. To learn more about Clinical Trials, visit UrologyHealth.org/ClinicalTrials.

For key resources on Immunotherapy and Bladder Cancer, visit UrologyHealth.org/BladderHealth.

Dr. Joshua Meeks is an Assistant Professor of Urology at the Northwestern University Feinberg School of Medicine, as well as Section Chief of Robotic Surgery at the Jesse Brown VA Medical Center in Chicago.

Check out our video on bladder cancer treatments below: 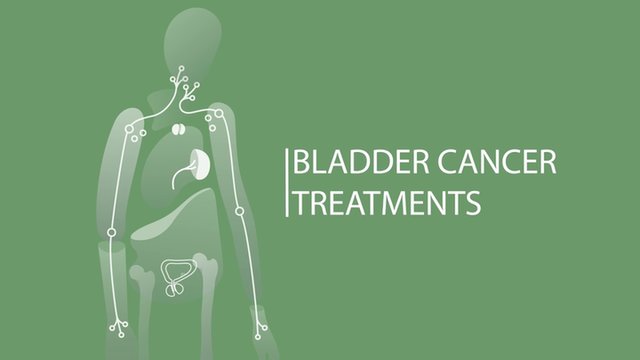